The first ship in the Ford-class has been delivered to the Navy.

Construction is already well underway on the second ship in the Ford-class.

The third Ford-class carrier will carry on the name of Enterprise. 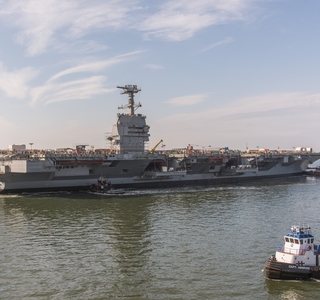 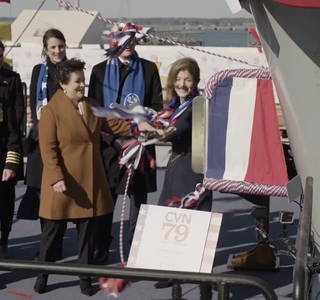 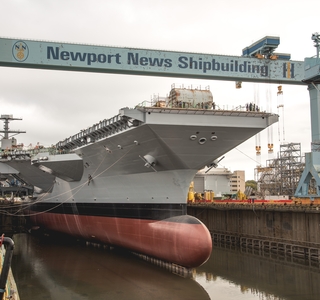 Newport News Shipbuilding flooded the dry dock where aircraft carrier John F. Kennedy (CVN 79) has been under construction since its keel was laid in 2015.
View video release 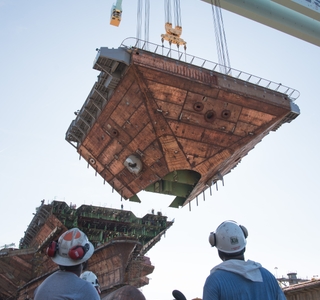 The installation of the final piece of John F. Kennedy (CVN 79) flight deck is example of how transformative construction methods and the latest industrial technology are being used to improve the way the ship is being built. View video release 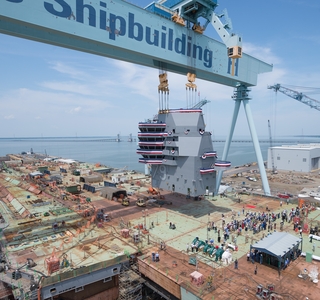 Newport News Shipbuilding celebrated the landing of the island onto the flight deck of the aircraft carrier John F. Kennedy (CVN 79). The 588-ton island is the control tower for flight deck operations. View video release 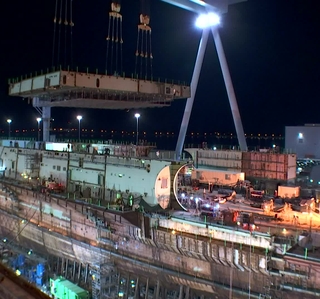 For the first time in more than three decades, Newport News Shipbuilding has been awarded a multi-ship contract from the U.S. Navy to build two Ford-class aircraft carriers: Enterprise (CVN 80) and CVN 81. View video release

From initial concepts to incredible construction milestones – to its commissioning, take a journey with NNS shipbuilders as USS Gerald R. Ford
(CVN 78) comes to life.